Project. Made in Camden bar and dining room

The brief from the client (the roundhouse) was to create a stand alone restaurant and bar. The restaurant was designed to be an independent destination with its own dedicated entrance, separate from the Roundhouse in which it is housed.

The space was reworked with meticulous consultation with structural engineers and 13m structural dividing wall was removed and replaced with Steel beams and pillars opening the space and allowing for a large central bar accessed from both sides. The seating was reconfigured to increase the numbers of covers from 40 to 80 without the space feeling smaller. In addition different types of seating were installed. These included large and small booths, banquettes with café tables and chairs and standalone tables and chairs for flexibility. A raw timber floor and unfinished plaster was used to soften the space as well as historic posters from different productions within the venue. A tubular metal and plywood chair was designed specifically for the venue to fit in with the pared back raw aesthetic. New graphics identify and menus were designed to complement the overall design and a round feature window was added so visitors to the Roundhouse could see into the restaurant and bar. 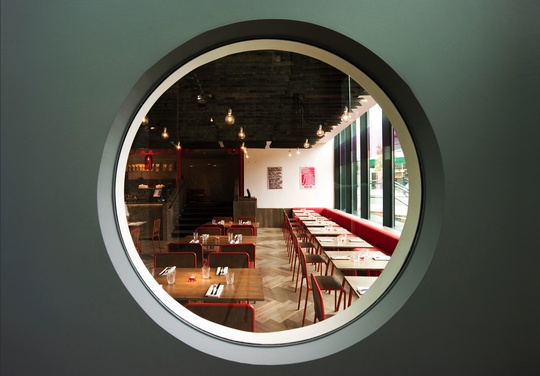 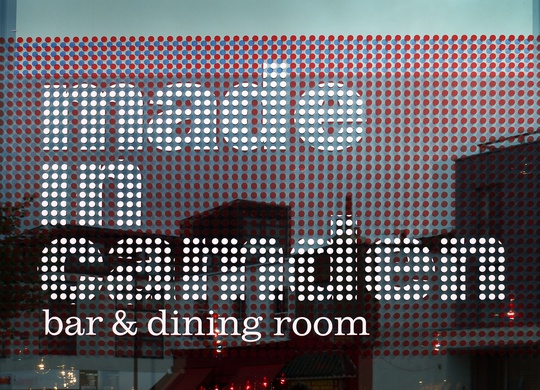 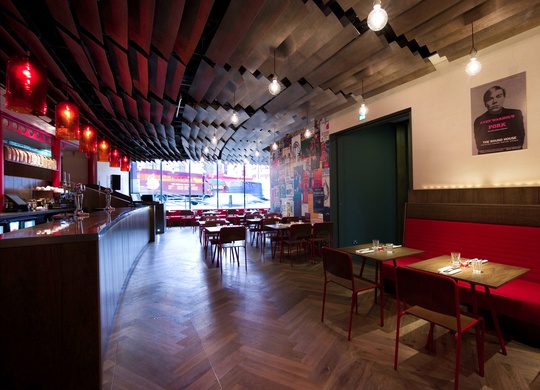 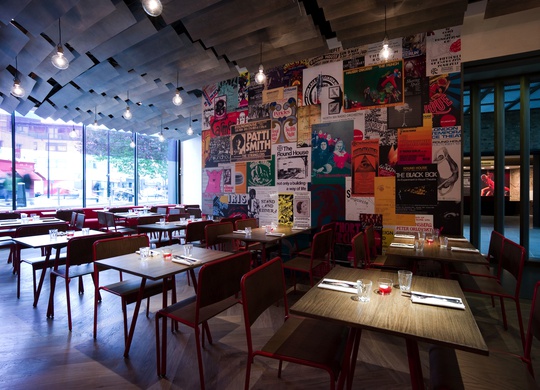 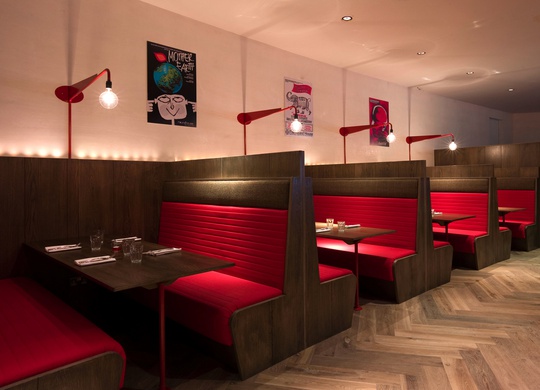